Wearable technology is often mirrored as one of the greatest applications of the Internet of Things(IoT). This branch of smart electronics is the epitome of emerging IoT applications. Nowadays, smart watchesare one of the most common wearable devices. Usually, the Bluetooth protocol is used to secure connection between the smart watch and another device. In this article, a Bluetooth antenna for smart watches is designed with SOLIDWORKS and simulated using the full wave simulator HFWorks.

Two configurations of a flat and bent Bluetooth antennas will be demonstrated to compare the electromagnetic behavior in both cases. The Antenna analysis of HFWorks was used to simulate these antennas.

Figure1 shows the configuration of flat Bluetooth antenna structure. The overall size of this antenna is , and it operates at 2.45GHz.This antenna is excited using microstrip line with an impedance of 50 Ohm. The used materialsare FR4 with a relative permittivity of 4.5, and the metals are considered as perfect electric conductor (PEC).

Figure 1 -  Front and bottom view of the flat antenna.

The simulated return loss S11 using HFWorks,via the Fast Sweep Type, is displayed in Figure2. The frequency rangesfrom 2GHz to 3GHz. As shown below this antenna resonates at 2.45 GHz. 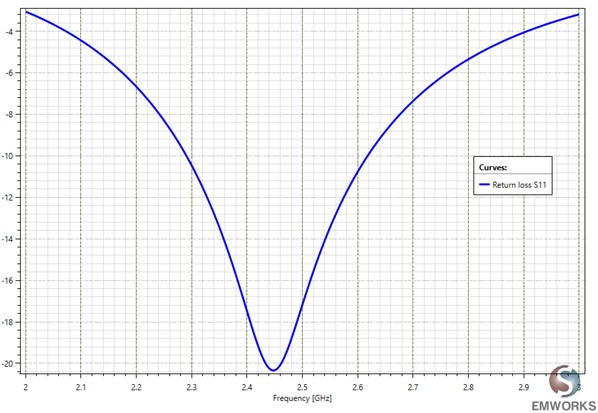 The Voltage Standing Wave Ratio (VSWR) is depicted in Figure3. At 2.45 GHz the VSWR is less than 1.2 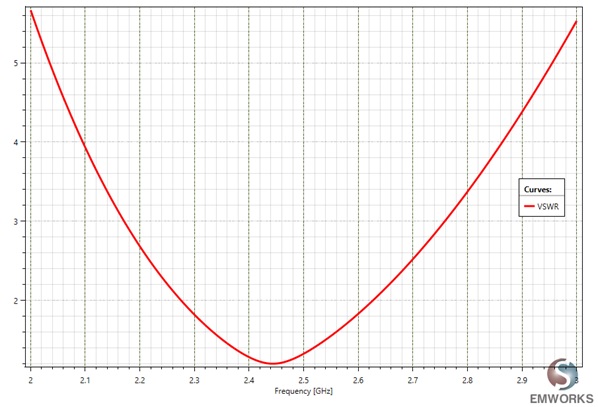 Polar plot views of the far field data are given in Figure4 of the gain at 2.45GHz in the XZ, XY and YZ planes. 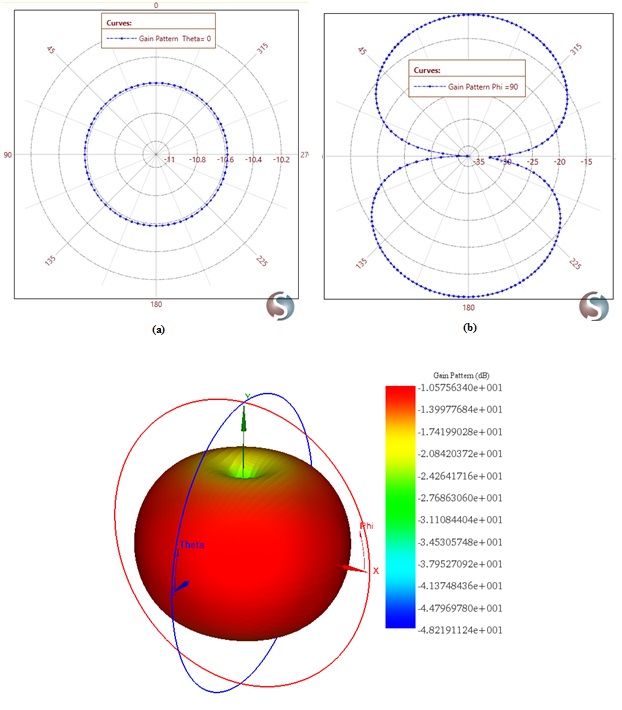 For wearable electronics, it is primordial to study the performances of the antenna under various bending conditions. Different configurations with SOLIDWORKS will be presented by varying the bending angle. Figure5, shows the geometry of the bent Bluetooth antenna.

Figure 5 - The geometry of bent antenna (top and bottom views).

The simulated return losses S11 for each configuration are given in Figure6. Obviously, the bending angle has a knock-on effect on the resonant frequency of the antenna. 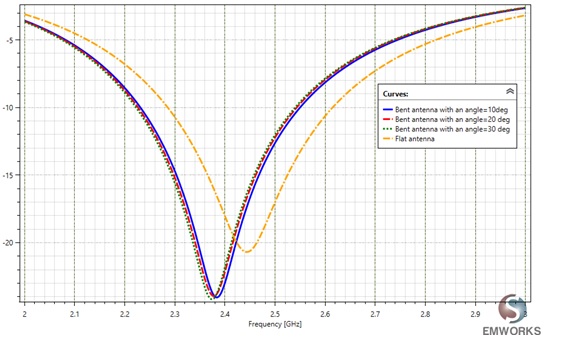 Figure 6 - The simulated return loss S11 for each configuration.

The resonant frequencies after bending are around 2.37 GHz, which is outside ofthe Bluetooth band; implying that the bending affects the performance of the antenna in terms of resonance frequency. The gain pattern of different configurations is displayed in Figure7. The gain pattern for all the configurations maintains an omnidirectional pattern, however, the flat antenna has the highest value . 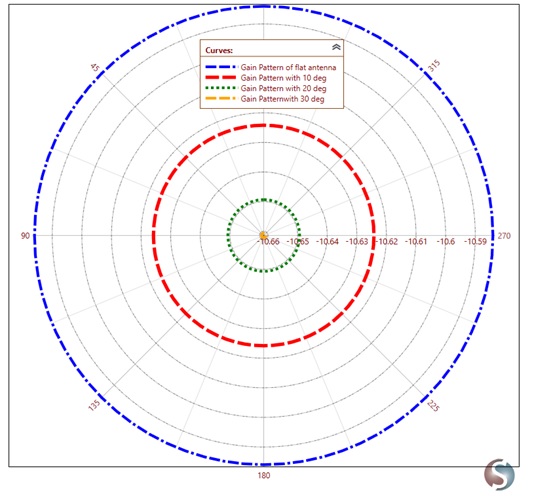 Figure 7 -  The gain pattern of each configuration

A Bluetooth antenna for wearable watches is designed and simulated with the duo SOLIDWORKS and HFWorks. To investigate the effect of the bending on the performance of this Bluetooth antenna different configurations are adopted thanks to the multi-configurations feature inside SOLIDWORKS. The findingscorroborate the sensitivity of this antenna to the bending in terms of resonance frequencies and gain.